Two years ago, Shelby Lynne released, in very limited numbers on vinyl, an album called Here I Am , the soundtrack of an as yet unreleased film about a few days in the life of a singer as much tortured by who she wasn’t as what she was but, as the title suggested, still standing. […]

The dreams of this record are hidden in the shadows of worry, despair and reluctance.

If Shelby Lynne has conflicted feelings about being an artist in this industry – and given she knows better than most the way it chews up people, spits them out in pieces & then tells them to do it again but with shinier smiles, you better believe she does – it’s nothing like the conflicted feelings she has about love.

In many ways, this album scans like a concept piece – each song seems to take on the persona of a different era (intentional or unintentional, it makes this album even more interesting and captivating).

This self-titled offering is a candid, poignant, and nakedly honest meditation on the complexities of romance, desire, and love itself.

Shelby Lynne made her mark 20 years ago with I Am Shelby Lynne, the album which earned her a Best New Artist Grammy nod. This Shelby Lynne is spare, as has been her style since her 2008 Dusty Springfield tribute, Just a Little Lovin’, recorded with the late Grammy-winning producer Phil Ramone at the same […]

There’s a whole lotta feeling going on in every track of this collection.

Shelby Lynne on Her New Album, Upcoming Film Role, and Friendship With Tony Joe White
“He was probably the coolest person I’ve ever met. He was my friend and my family,” says Lynne of the late “Polk Salad Annie” performer

Lynne, who often acts here as her own backing band, once again travels the fine line between happiness and heartbreak, making both feel necessary.

Exposing her soul for all the world to see, Shelby Lynne displays an amazing sense of bravery. She examines the inner dialogue of the soul in ways we don’t often get to hear.

On her self-titled album “Shelby Lynne”, the Grammy winner once again shows what she can do: songs with depth and warmth – interpreted fantastically.

Because it took awhile for Lynne to feel comfortable about her career, she, like the character she portrays in the film, had to wrestle with the dictates of record labels while insisting on making the music she wanted to record.

REVIEW: Shelby Lynne’s Self-Titled Release Is Another Powerful Statement April 13, 2020 David Nowels0 I’ve followed Shelby Lynne for a little bit now. Her 1990 album Tough All Over was the one that grabbed my attention. Now, Lynne doesn’t speak well of the album, or the songs. She felt trapped in the Nashville/record company machine […] 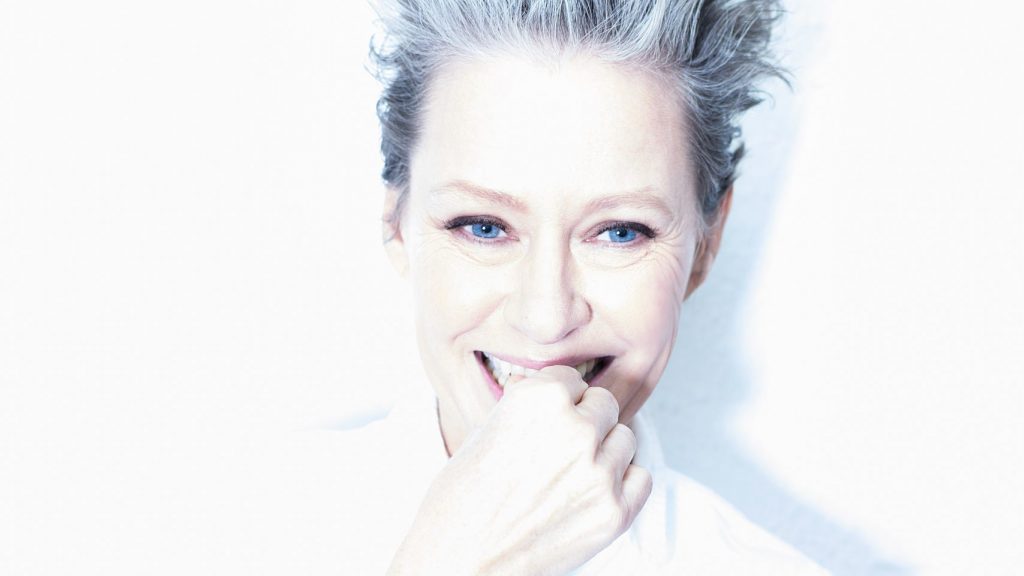 Talent in Borders – I Got You

On Friday, April 5, Grammy Award-winning singer-songwriter, Shelby Lynne, shared her new single “I Got You” from her impending self-titled release, due out April 17. Lynne shares that “Sometimes for some, love can be an unexpected, unexplainable, disruptive experience. Some of us are lucky to have the chance to feel true love

One thing about Shelby Lynne, she sure can write a love song! Lynne once said: “When love walks in, there’s not a damn thing you can do about it. You can’t fight it, defy it, or deny it. Love decides.” And that’s why we’re sharing “Don’t Even Believe In Love.”   Original link: https://www.kcrw.com/music/shows/todays-top-tune/shelby-lynne-dont-even-believe-in-love/

Albumism – New Music We Love: Shelby Lynne’s “Here I Am”

Hot on the heels of celebrating the 20th anniversary of Shelby Lynne’s breakthrough 2000 album I Am Shelby Lynne, we’re thrilled to learn that the acclaimed singer-songwriter is set to release her fourteenth studio album this spring. Slated to arrive in stores April 17th courtesy of Thirty Tigers, the eponymous Shelby Lynne—which follows 2015’s I […]

It’s been five years since Shelby Lynne last released a solo album — a gap she says she’s enjoyed leading up to her new self-titled effort, whose track “I Got You” is premiering exclusively on Billboard today (April 2). “Sometimes it takes a long time to cultivate the material that you want to slip out […]

JEFF CLARK on March 2, 2020 at 12:42 pm Marked by sparse, vulnerable performances recorded in an unconventional manner, Shelby Lynne’s forthcoming, self-titled album (out April 17) is unlike any she’s made before. Its genesis came from Lynne’s collaboration with director/screenwriter/lyricist Cynthia Mort to film the currently unreleased independent film When We Kill the Creators, in which […]

The Bluegrass Situation – “Don’t Even Believe in Love”

Artist: Shelby Lynne Hometown: Frankville, Alabama; Currently living in Los Angeles, California Song: “Don’t Even Believe in Love” Album: Shelby Lynne Label: Thirty Tigers In Their Words: “When love walks in, there’s not a damn thing you can do about it. You can’t fight it, defy it, or deny it. Love decides.” — Shelby Lynne Photo credit: Amanda Demme Original link: https://thebluegrasssituation.com/read/listen-shelby-lynne-dont-even-believe-in-love/ […]

Rolling Stone – Here I Am

Shelby Lynne Previews New Album With Stark ‘Here I Am’ Self-titled LP was inspired by Lynne’s collaboration with Cynthia Mort on upcoming indie film By STEPHEN L. BETTS With her first solo album in five years, Shelby Lynne has put a hint right in the title that it could be her most intimately honest. Out April 17th, Shelby […]

By Lawrence Specker | [email protected] Grammy-winning Alabama singer-songwriter Shelby Lynne has given fans a taste of her “most revealing album to date,” due out in April. The self-titled project, her first solo album since 2015, will be released April 17, according to an announcement made Tuesday morning. Many of the songs on it come from an […]

The Alabama singer follows up Not Dark Yet, her 2017 duets project with sister Allison Moorer, with her first solo LP in five years. Lynne’s camp teases that it’s an unconventional album for the crooner, one that finds her recording without a net. One definite? It’s self-titled, a subtle nod to her career-changing 1999 LP I Am Shelby Lynne.