There’s a whole lotta feeling going on in every track of this collection. Two of the songs, “Revolving Broken Heart” and “Love Is Coming,” are featured in the 2020 film When We Kill The Creators, which Lynne also stars in. There’s also the torchy heartache of “Strange Things,” blues ballad “Weather,” and the upbeat groove of “Don’t Even Believe In Love.” The musical arrangements are kept simple and sparse, showcasing Lynne’s vocals, which range from soft and ethereal to deep and soaring. Shelby Lynne demonstrates that Lynne is once again in touch with her blue-eyed, soulful self, and the results are glorious. 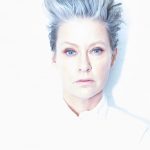