Shelby Lynne is no stranger to movies: she played Johnny Cash’s mother in a flashback sequence in 2005’s Oscar-winning “Walk the Line”, after all. While her still-unreleased movie “When We Kill the Creators” has yet to materialize, all we know is that she plays the lead role of “Tommy” and that the films’ writer and director Cynthia Mort is listed as a co-writer on several songs on “Shelby Lynne”, the 16th (!) studio album from the acclaimed singer-songwriter. While still considered a “country singer” by some, Lynne’s long been trading in jazz and L.A. pop traditions for some time, and the soft-rock affectations of this new record show Lynne at her most inspired, making for what is easily her best full-length since 2011’s bloodletting masterpiece “Revelation Road”. With soft keyboards, angelic guitar plucks, and Lynne even trying out the sax, “Shelby Lynne” is a minimalist record that is still bursting with life and color, even as it touches on the ups and downs of romantic relationships, which itself is a topic that Lynne hasn’t felt comfortable addressing in her songs. Ranging from the lithe pop of “I Got You” and the plainspoken sadness of “Revolving Broken Heart” to the gorgeously rendered “My Mind’s Riot”, Lynne happened to drop one of the finest albums of the year without anyone noticing. It’s about time we paid attention. 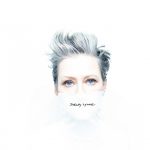